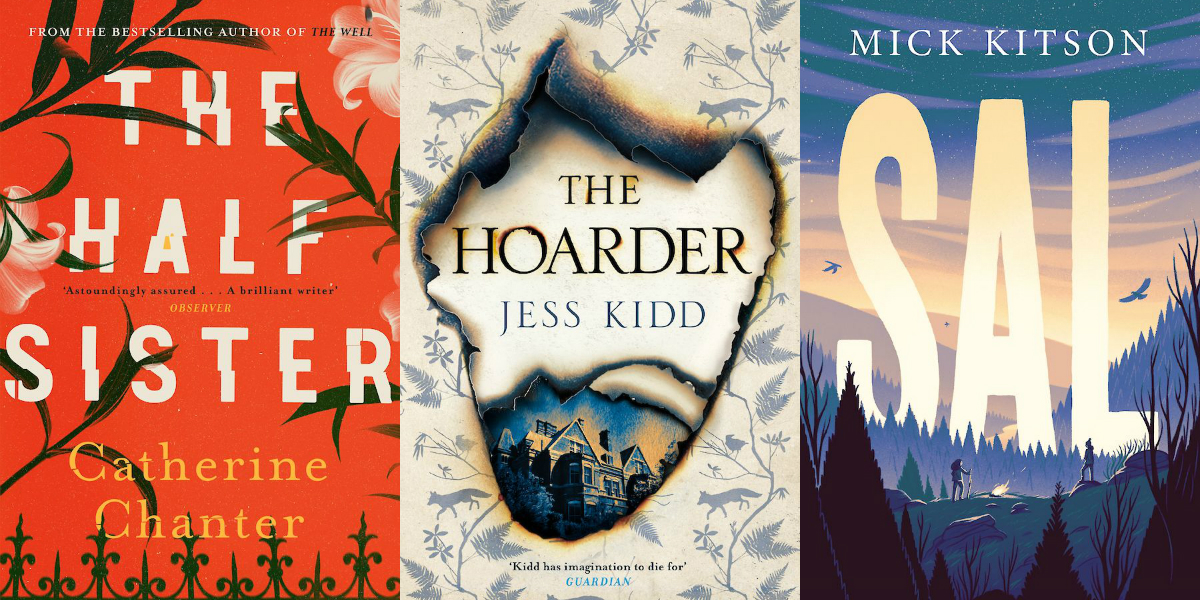 We’ve teamed up with Canongate to bring you another showcase of new fiction. So grab a drink and a slice of pizza as we tuck in to some of the most hotly anticipated titles of 2018.

The Hoarder by Jess Kidd – A gripping literary mystery about the disappearance of a child and a house full of secrets, from the author of the highly-praised Himself. Maud Drennan, an underpaid care worker and unintentional psychic is the last hope that the ancient Cathal Flood has of remaining in his once-grand home. Years of neglect have left this sprawling mansion filthy and overflowing. Maud and Flood strike up an unlikely friendship over their shared love of stories allowing Maud to delve into the endless stuff of Flood’s home: the outdated National Geographics, musty trinkets, taxidermy artefacts. But as Maud unsettles the rubbish and delves deeper into the house she begins to discern whispers of a secret – the forgotten case of a missing school girl. Maud must piece together what happened before the past is lost forever.

Sal by Mick Kitson – This is a story of something like survival. Sal planned it for almost a year before they ran. She nicked an Ordnance Survey map from the school library. She bought a compass, a Bear Grylls knife, waterproofs and a first aid kit from Amazon using credit cards she’d robbed. She read the SAS Survival Handbook and watched loads of YouTube videos. And now Sal knows a lot of stuff. Like how to build a shelter and start a fire. How to estimate distances, snare rabbits and shoot an airgun. And how to protect her sister, Peppa. Because Peppa is ten, which is how old Sal was when Robert started on her.

The Half Sister by Catherine Chanter – The psychologically charged second novel from the author of The Well. When she was sixteen, Diana left her unhappy family and set out to make a new life. Twenty five years later, she has arrived – but when Diana Hears that her mother has died, she impulsively asks estranged half-sister Valerie and her nine-year-old son to stay. The night of the funeral, fuelled by wine and years of resentment, the sisters argue and a terrible accident occurs. The foundations of a well ordered life are cracked and the lies begin to surface, one dangerous secret after another demanding a voice. And then there’s the boy, watching, waiting.

Each author will be discussing their new novel, the notion of escaping your past and offering insight into their process.